Conference in Poland took place on 20th of February 2018. Event started with the opening session. During this time we presented some information about VIAME project and Atalaya Foundation. After that, the participants went to the workshop rooms to participate in selected workshops in smaller groups. Each group learned about the method employed during four 1,5hr seminars and then rotated (one seminar per method = 4 seminars of total 6 hours). Between the workshops, during coffee breaks and lunch, it was time for a moment of conversation with the participants about work experience, inspirations.  We organized an expert panel “Horse Assisted Education” with Agata Wiatrowska from our Foundation – a pioneer of working with horses in the development of people in Poland. During the presentation, we heard a lot of interesting information about how to work with horses in groups and individual work on values. The final point of the conference was the summary session. We summarized everything what was happening during the conference and workshops.

The conference took place in a very welcoming environment, a place where exhibitions and workshops normally take place and that has a very close relationship to the local community and with communities who take an interest in such activities.
Our goal in fostering innovative teaching methods, spreading new tools and inspiring educators to achieve new and more inclusive methods, were therefore extremely well received in MIRA FORUM.
The dissemintaion of the event took place in several on line platforms and social media with direct links to submitting an application. We also produced a poster that was distributed in key associations and other instituions of interest. The posters were accompanied by a flyer that acted as more information and an application form to be scanned and sent by email.
We had an incredible group of people, with representation of really key institutions and NGO’s such as various Secundary Schools, S. João National Theatre, several associations that support youths, another that supports Refugees, an Association that rehabilitates unemployed youngters, an organisation on Charity management.
We produced several posters translated into Portuguese and the publication was produced bilingual in English with a Portuguese insert, in view of the types of NGO’s that we had which we believed could benefit from an accessible language. Some of the participants welcomed this aspect of the publication.

Two confereneces were organized: One conference took place on the 25th of April 2018 and the second one on 19th of June 2018 in Adult Education Centre Radovljica. Beforehand we did quite a lot of preparations. We made invitations, on-line platform for applying to the conference, descriptions of the project, methods and workshops. We advertised in a local newspaper, we sent online invitations to the local and national organisations that work with youth. The response was really good so we filled the places for the conference just in a few days.

Each participant got the Slovenian brochure, a bag with logotypes of the project and a paper with project theme to write on. First we started with the whole description of the project; from the contact seminar in Hungary where we met till the final event. We also explained the Erasmus+ concept and presented our NA. Then we did a coffee brake. After the coffee brake, the participants divided into 4 groups and 10-12 attended one workshop. After that we had lunch and after lunch, the participants swapped the groups and were learning about another method. The participants were very cooperative and relaxed. What was special, was the fact that there were really many participants that were coming from employment services from different parts of Slovenia (professionals who work with young unemployed people). The rest of the group was different (teachers, principles of schools, students, professionals from youth centres, from associations, also some retired people who work with youth voluntary). We were surprised in a positive way, because the participants were so enthusiastic about what they have learned. We think that this was because the workshops were very practical, the methods easy to use further on, they got instructions and experience and the creative process that was happening in the people was really great. We also did and online evaluation of the conference that was really good and a lot of suggestions that we should do it again, because many people couldn’t come because it was full. So we are right now organising the second conference.

Our aim was not simply to present the project, but invite the participants in the learned method and directly build new connections for future cooperation. We used social media, our local connections, local newspaper and our professional network to recruit participants for the dissemination event.

The original project plan was to involve 10 youth taking part in the project previously. Due to our massive youth cancellation (only 4 of them we’re able to attend the event) we decided to change the dynamic of the sessions and presentations: other youth workers and professionals from the specific fields were invited to hold the workshops. Our youth social projects were presented by foundation members, and shared posters were exhibited during the event. The strict method of rotating the same team around to show all the methods was not realistic. Instead we offered in our online registration form different timeslots, with all methods we were about to present. Original schedule contained an Open Space for presentations and workshops from the participants, but the registration data showed there’s not enough offering, so we used this timeslot to extend the time frames of the workshops. Finally from the inputs we were able to recreate the following workshops: Photographic dasein (SSCA) was a “standalone” workshop, while British drama presentation was combined with another method which was an indirect output of the Portuguese exchange: ‘Mycellae’, Transactional analysis were combined with Creative collaborative approach in more than 4 hour long activity: involving local youth we were able to address and look for a solution to their concerns and wishes: a safe and separated space for them in our local library.

Results We consider our conference as a successful dissemination event. We were able to bring together a very colourful team of participants: from local NGOs, countrywide organizations and project members, Social Ministry employees, local youth and local citizens without any NGO connections. After the conference new connections started to raise: new project invitations were asked from the foundation using the methods showed (an ecological youth workshop in 9th of June based on drama and “mycellae”, mentoring a workshop development for „games in the family”, specifically designed for only fathers, based on transactional analysis, local library project (started at the event) will be carried out). 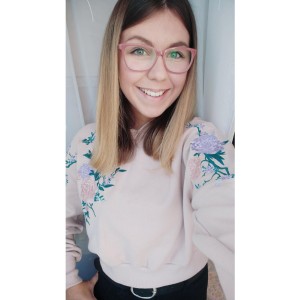 Psychology student at the Academy of Special Education in Warsaw. Since July 2017 she has been worked in Atalaya Foundation, where she co-creates activities addressed to children and engages in other projects. In the future, she would like to work with young people and adults. In her free time, she enjoys watching football, running and reading foreign literature. 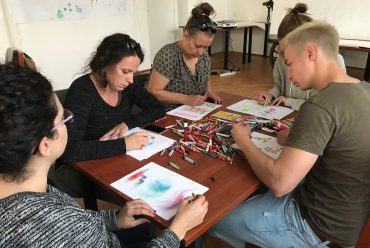 Magyarszombatfa- long journey to the world of visuality and imagination 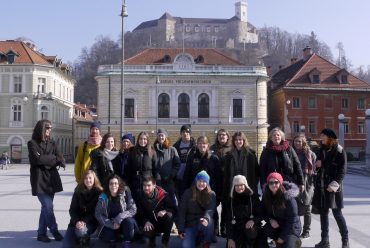 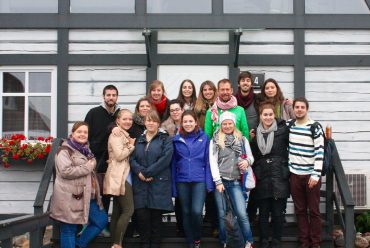 10 values to take away from the Poland exchange

Join us and stay updated